Which Electric Scooters Do Ginger Use?

EXPLAINING WHICH SCOOTERS GINGER USE


To the surprise of Bird and Lime, Ginger was given the first license to rent out e-scooters in the UK after the Mayor of Middlesborough approved the scheme. After unlicensed and underage riders gained access, their expansion to other cities was put on hold. These hire schemes are great for people who want to use them for legitimate reasons, but many users realise that it makes sense to buy their own electric scooter and thus want to know which e-scooters they have been riding with Ginger.


Unlike the more established companies Bird and Lime, who now have bespoke scooters, Ginger is using commercial versions (what Segway call "sharing" versions) of two popular consumer e-scooter models: the Ninebot-Segway Max G30 and the (now discontinued) Ninebot-Segway ES4 (an ES2 with an extra battery). The commercial versions are called the Segway Max and the Segway Plus.


The Segway Max (back) and Segway Plus 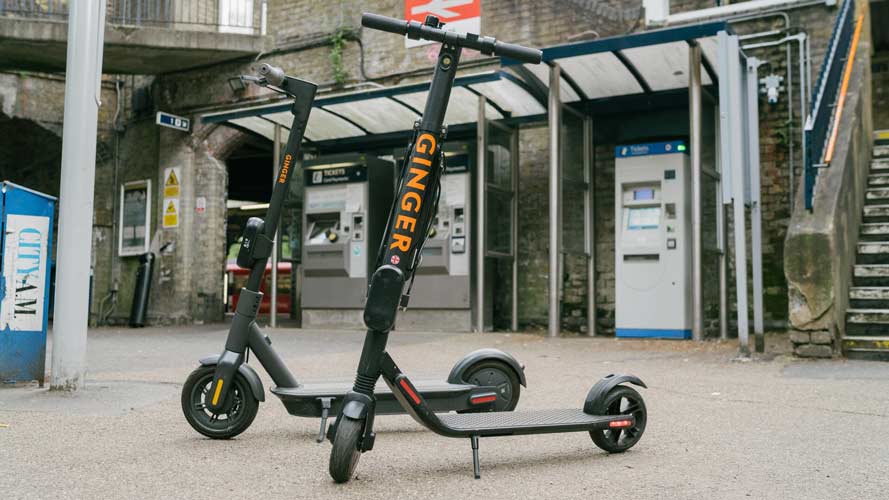 The are a few differences between the consumer and sharing versions, most notably the sharing versions are significantly heavier (and have a shorter range), and of course lack the ability to fold up. But they are the same basic scooters.


Interestingly, the Max (whichever version) is itself based on the Xiaomi M365 Pro (also manufactured by Ninebot). The Max G30 was released in late 2019 and has been hard to obtain due to demand and the coronavirus pandemic.


However, the Xiaomi Pro 2 is a very similar model. See this comparison of the G30 and Pro 2. So, basically, if you want to buy the same e-scooter as you have been riding, an ES2 (if still available), Max G30 or Xiaomi Pro 2 are the best options.

HOW TO SPOT A FAKE XIAOMI M365